I’m a firm believer in drugstore mascara – in my experience, you don’t really have to look far to find something excellent that will compare (or even outperform) high-end and luxury mascaras. There’s endless choice across all budgets, and so many new releases hit the high street all the time – Maybelline are especially good at mascaras (their Lash Sensational is one of my all-time favourites). This one is the latest addition to their “Colossal” range, dropping a couple of months ago with advertising all over Facebook and some serious endorsement from the YouTube community. The packaging is a garish metallic yellow with purple accents – not the most chic and “aesthetic” looking product out there, but that’s not what matters here. I could only find two shades/variations on the Boots website – Black and Black Waterproof – I’ve only tried out the non-WTP edition so can’t really comment on the formula differences there, if there are any. I’d love to see some more shade options from Maybelline in the future, such as browns and purples (but only if they’re as good as the black one). 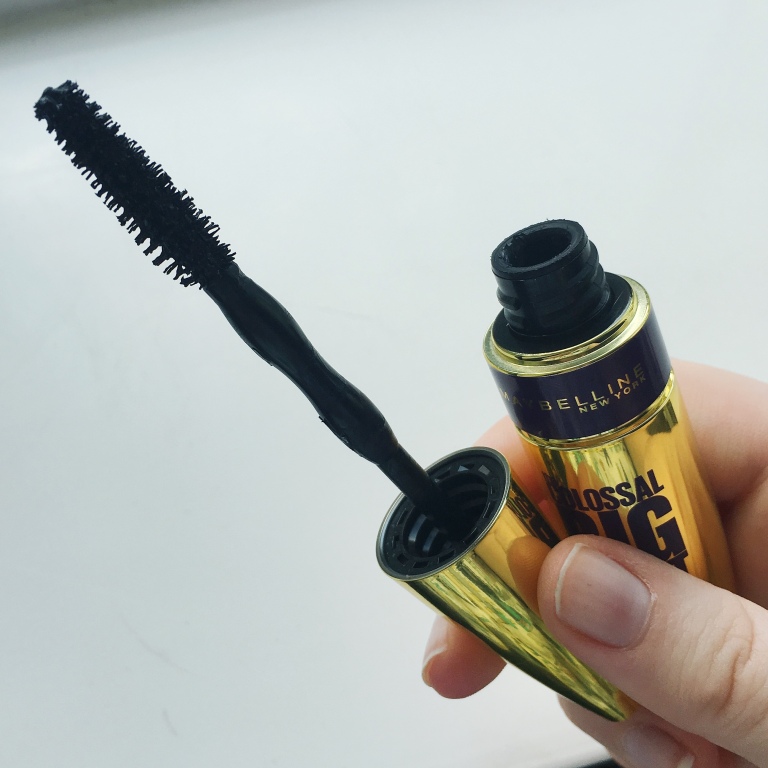 Like with pretty much anything that’s both hyped-up and affordable, I had to get my hands on it and give it a go (I’ve also picked up the new L’Oreal Paradise Extatic – review coming soon), especially since mascara is one of those things that only has a limited lifespan once opened – they tend to dry up or get used up rapidly. Looking past the crazy shiny tube, the wand is fairly long with a head of natural-looking bristles rather than plastic spikes (I prefer these kinds of wand). It’s also tapered at the end, making it easier to get right into the lower lashes and the inner/outer corners of the eye without smearing black everywhere. 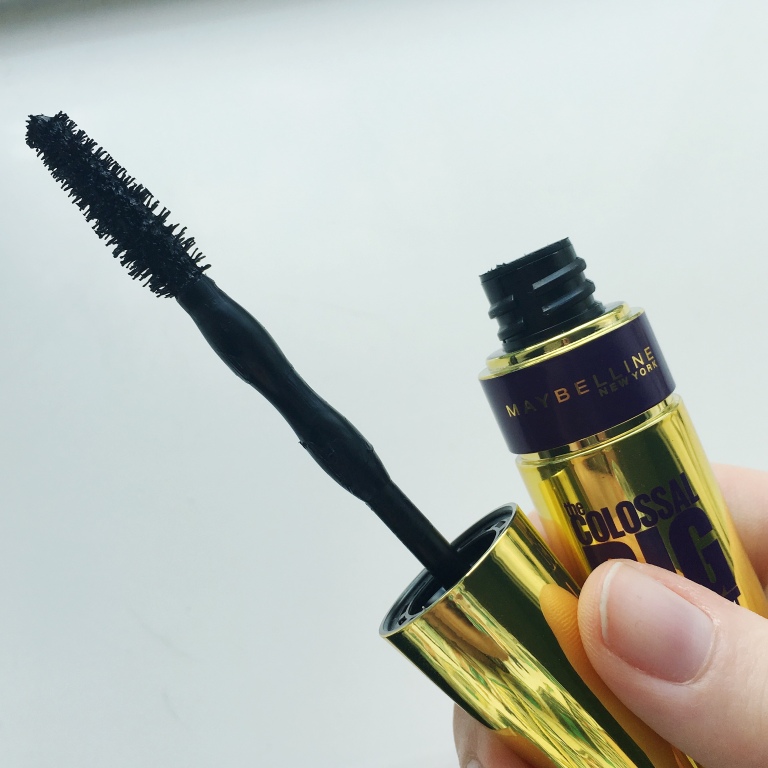 The formula itself isn’t too wet and smudgy, nor is it overly dry and crumbly – as Goldilocks would say, it’s juuust right. What I absolutely love the most about this, however, is the buildability – you can keep layering this stuff on and it won’t turn into a weird clumpy mess. With each coat, your lashes keep getting more extreme but they still retain a lash-like appearance rather than sticking together into bunches. This mascara is really great for getting that big curl and long, fanned out lashes without losing any of the volume (you know those thin, spidery lashes some mascaras give? I hate that). Another very important factor to keep in mind with mascara is removability (I don’t think that’s a word, but oh well). As I mentioned earlier, this isn’t the waterproof version, which would probably be tougher to take off. This one is not the easiest to remove, but I prefer to use oils or targeted eye makeup removers regardless of the formula (coconut oil melts this off super easily). The upshot of this, I suppose, is that the formula is longwearing – I experienced very minimal smudging at the end of the day when wearing this, so the mascara scores some major brownie points in that aspect as well.

“Big Shot” is an ambitious (and possibly quite ridiculous) name to live up to – in my opinion it’s bang-on accurate, as your lashes end up really big, really quickly (and they stay that way). In true Maybelline fashion, this product is a total bargain (not quite Essence Lash Princess levels of cheap, but still pretty damn good). RRP is £7.99, the same as the Lash Sensational – which has now been overtaken by Colossal Big Shot in my list of favourites. Next time you’re considering splashing out on a luxury mascara for your lashes, maybe give this one a go first.